Before the test, the participants were invited to join an online training via Google Meet and offline training in the class, some hours before the test. Guided by the team, trainers, and invigilators of Lembaga Bahasa Universitas Pamulang, both of these training took 3 hours for every class.

The following are the documentations during the training and test. 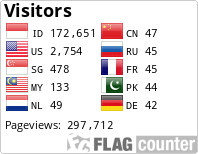